"The Italians are unrivalled in flamboyance, sex scandals and financial improprieties. Now you can be too!"

―Southern San Andreas Super Autos description.
The Infernus is a supercar that was first introduced in Grand Theft Auto III and has appeared in every GTA title since (except Grand Theft Auto Advance) and has gained a reputation for being one of the oldest sports cars to still be in a vast number of GTA titles. It is manufactured by Pegassi in the HD Universe.

"Extremely expensive. How can we expense one of these? Only those idiots in undercover get to drive these."
―GTA Vice City Website.
Between Grand Theft Auto III and Grand Theft Auto: Vice City Stories, the Infernus has appeared in three different forms, each illustrating the car as a sleek, low-profile sports car comparable to the Cheetah.
In GTA San Andreas, the Infernus can be modified at any TransFender modification garage. 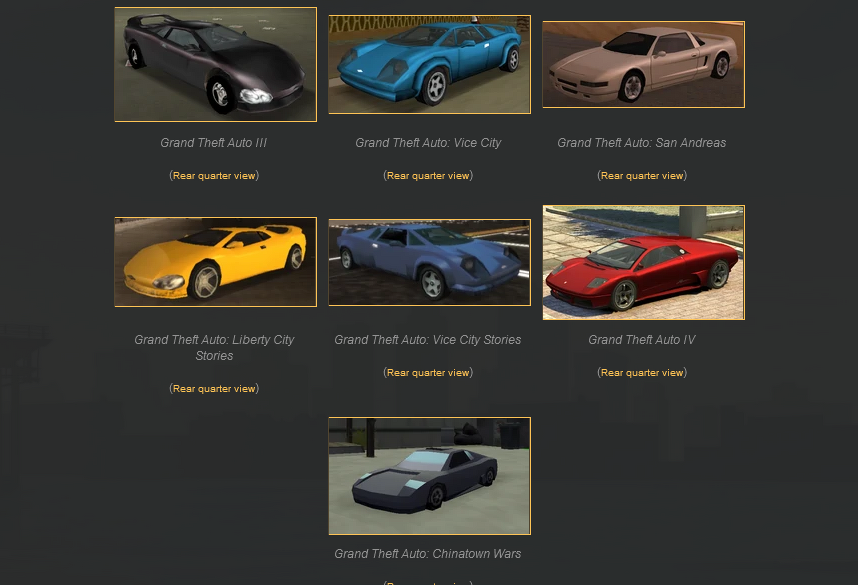 Retrieved from "https://gtacarswiki.fandom.com/wiki/Infernus?oldid=121"
Community content is available under CC-BY-SA unless otherwise noted.