The Hotrod is, as the name suggests, a hot rod, which appears in the first Grand Theft Auto. 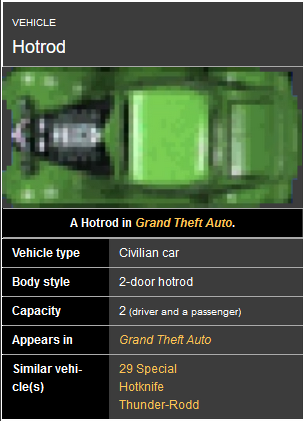 It is a reasonably fast car, handles well and has acceptable durability.

Retrieved from "https://gtacarswiki.fandom.com/wiki/Hotrod?oldid=141"
Community content is available under CC-BY-SA unless otherwise noted.